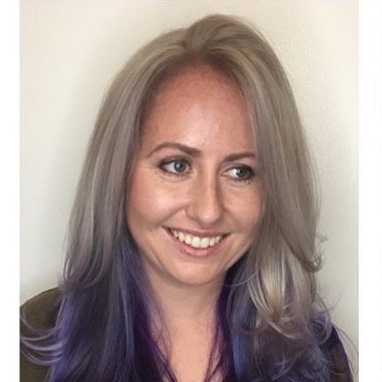 Amanda Thorsson comes from a background of hairstylists and costume designers.  Although she veered away from makeup for a while, she rediscovered her passion for makeup in 2016. As a makeup and hair artist, Amanda finds inspiration in period pieces between the years 1940-1960.

Amanda attended Make-up Designory in Burbank, Ca. where she finished the Master program.  She has also taken weekend work shops from Makeup by Hosway, Makeup by Fame and LipstickNick, where she learned techniques for drag and social media inspired makeups.  Her work can be seen on an indie film trailer by DreamWeaver Films called “Upon a Starry Night”.

She aspires to further her experience and education through more photo shoots and short films, eventually working in feature films and television.  In the future she dreams to work on a feature film that is period inspired.